The expansion of the committed space outside the regulated frameworks cannot be considered the only case in the context of the dissolution of the regulatory state at the expense of the unregulated space. The party and political spaces that are framed and organized in general today have become less attractive than in the past, and their ability to retain active youth within them has become weaker. This comes at a time when the political situation in the country bears a great responsibility in terms of reluctance to engage in organized political action, and the accumulation of perceptions that have been proven by the approach of the authorities throughout the Arab world towards political action, along with the orientation of societies and institutions in the world to a context that today is described as fluidity, far from solidity
at all social, economic and political levels. However, it is not possible to dismiss the responsibility of political organizations from this state of reluctance, as today they are very far from the reality of youth and societies in general, in the context of material and intellectual tools, and in the context of
discourse and ambitions.

The Muslim Brotherhood in Jordan: The Internal Disturbance in the Light of Generation Gap and Overcoming the Regulatory FrameworkDownload 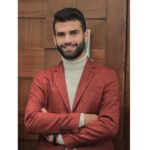 a civil engineer and a political activist, researcher and writer interested in international relations and political Islam movements, he worked in managing youth political capacity building programs, and managing research projects on political parties in Jordan

Politics and Society Institute publishes “On the cusp of change” book.

Where is the Arab political science?

Understanding the Jihadi Salafi threat in Jordan in 2011-2017

Jordan and Syria: Considerations of Strategic Interests and National Security

Politics and Society Institute publishes “On the cusp of change” book.

Where is the Arab political science?

Understanding the Jihadi Salafi threat in Jordan in 2011-2017

Jordan and Syria: Considerations of Strategic Interests and National Security