Over the past few months, reports warning of the possibility of the return of ISIS have proliferated, which are based on several field indicators, foremost among which are the unchanged political, economic, and social causes and conditions that led to the rise of the organization, the fragility of the Middle East, regional political and sectarian conflicts, the lack of a solution to the Palestinian Question, and the growing state of authoritarianism in the Arab world.

In this article, we will monitor the most prominent of these reports, information, and indicators that were based on them in anticipating the return of ISIS to activity, work, and rise again..

The Guardian newspaper said: it’s likely “The chances of an ISIS resurgence with the prospect of a crackdown led by the United States decrease, and this is what makes the current phase especially dangerous, and if the situation continues in the coming months, it is likely that ISIS will become a much greater threat, and it will be much more difficult to contain than it is now”.

A report submitted to the UN Security Council in July of this year indicates that ISIS has exploited the security gaps caused by the epidemic in Syria and Iraq, and according to the report prepared by the United Nations monitoring team, ISIS “shows confidence in its ability and in a brazen way to operate in its former main area,” the report added, adding that the number of ISIS attacks had increased significantly in early 2020 compared to the same period in 2019. “(ISIS) has exploited security holes caused by the pandemic and political turmoil in the region,” the report added. Iraq to release the insurgency in the countryside, as well as sporadic operations in Baghdad and other large cities.”

ISIS and Investing in Corona

While the world is focusing its efforts to address the health and economic risks of the novel coronavirus (COVID-19) pandemic, its efforts to confront the security ‘Terrorist’ risks suffer from fragmentation and poor coordination, and the “Islamic State” has invested the pandemic by rearranging its military, security, media, and financial structures, taking advantage of the spread of the COVID-19 pandemic to increase the number of attacks, in Iraq and Syria in April and May of this year.

Despite the expulsion of ISIS from its urban areas of control in Iraq and Syria, and the loss of the last spatial enclave in the town of Baghouz in Deir Ez-Zor province (on March 23, 2018, at the hands of the Syrian Democratic Forces with the support of the Washington-led international coalition), the organization still had significant combat, funding, and media capabilities, and in the group’s statistics of attacks from the fall of Baghouz until March 19, 2020, the Islamic State claimed responsibility for more than 2,000 attacks in Iraq and Syria combined.

According to the United Nations, ISIS intensified its attacks in may/2020 when the total number of attacks suddenly rose to 244, which almost doubled from the previous month, an increase of 42.69%, and attacks across Iraq not only doubled, but also doubled in many areas of importance to ISIS.

According to a report by the Institute for the Study of War in Washington, titled ‘The Second Return of ISIS: An Assessment of the Next ISIS Insurgency’ released at the end of June 2019, the Islamic State is today stronger than it was during the era of the Islamic State of Iraq that inherited al-Qaeda in Mesopotamia, when the United States withdrew from Iraq in 2011 the group had about 700 to 1,000 fighters, while the number of IS fighters in Syria in August 2018 – according to intelligence agency estimates. Military 30,000 fighters in Iraq – The Islamic State has been able to establish a large army from the small group that left in 2011 that enabled it to retake Fallujah, Mosul and other cities in Iraq and take control of most of eastern Syria in just three years, and the Islamic State will recover much faster than with the first return and will reach a more dangerous level of power in its second birth.

At its peak, ISIS has attracted nearly 40,000 foreign fighters from 110 different countries, and the UN Monitoring Team report, completed at the end of December 2019, indicates that member states continue to assess that between half and two-thirds of the more than 40,000 individuals who have joined the caliphate are still alive, and the U.S. government, the United Nations, and others have confirmed that there are up to 25,000 fighters in Iraq and Syria combined: About 11,000 in Iraq and 14,000 in Syria, as well as more than 25,000 others, are active in other branches of the group scattered in the Middle East.

In a report on the ‘silent return of ISIS’ completed by the French magazine ‘Le Point’ warned of the new rise of ISIS elements, the report indicates that the threat includes not only Iraq and Syria, but mainly the US forces on the ground there, which is estimated to number 500 soldiers, and also affects Western countries due to fears of infiltration of ISIS elements through Turkey, and the magazine quotes Sean O’Donnell, the inspector general of the Pentagon, as confirming that the threat comes mainly from terrorist prisoners held in prisons. in northeastern Syria by the Syrian Democratic Forces, as well as the families of fighters in camps for displaced people in the area.

One of the reasons for the return of ISIS – according to the Wall Street Journal – is its huge financial reserves, and the revenues it still holds, officials stressed that ISIS continues to blackmail the local population in the places where its supporters are, and receives income from companies it previously seized, in addition to its income from human trafficking, adding, that ISIS owns a group of companies and assets worth hundreds of millions of dollars throughout the Middle East and Central Asia.

The U.S. Treasury Department estimates that the group’s reserves could reach three hundred million dollars, while the United Nations has announced that it is estimated at at least one hundred million dollars, and the multinational financial group to combat the terrorist organization ISIS said in a statement, that the organization remains determined to regroup and practice violence against the partners of the international coalition and the local population wherever its cells are, and that its networks exist around the world, according to a report issued by the United Nations in July. 2019. Since the loss of its last stronghold in Baghouz, ISIS has once again invested its money in legitimate businesses, such as real estate and car dealerships.

Paul Rogers, a professor in the Department of Peace Studies at the University of Bradford, notes in an article several developments that indicate the possibility of the resurgence of ISIS, and reviewed three key developments in this area, from the establishment of a base in Afghanistan to the return of the group’s influence in West Africa, to the recent resurgence of the organization in Iraq and Syria. In his article, Rogers criticizes US President Donald Trump’s statements about the victory over the group, not to mention his criticism of the failed way in which the West deals with this type of crisis, especially since this method is centered on resorting to the use of military force to solve this crisis.

Previous reports, and others that went in the same direction, represent what looks like considered documents (because they are issued by official and semi-official institutions in addition to institutions and specialized researchers) that are reinforced with factual data and figures that make a note of a high degree of danger on the basis that ISIS is not dead, and it has not ended as a force Military first in Iraq and Syria, or a dangerous ideology at the global level, which raises alarm bells about the significant possibilities of another rise of the organization with its known ability to adapt.

There are many questions raised by these reports; Including the question of the large numbers that are still active in Iraq and Syria of the organization’s sons who fled to the desert and repositioned, including the international and regional laxity in the war on terrorism after the military victories, including the ISIS legacy of thousands in detention and camps and the burden of dealing with them, including the most dangerous legacy Which is represented by thousands of women and children from dozens of countries in the world, and the absence of the rehabilitation process and the ability to evaluate by governments, especially in Iraq and Syria.

Such data are enough to prompt real international and regional reviews of the policies of the war on terrorism. In addition to all of that, the reasons, conditions, and motives that led to the rise of the organization still exist, especially the Sunni crisis in Iraq and Syria, to which today is added harsh economic and social conditions for the displaced Syrians and children. Those in the camps may become a fertile environment for ISIS recruitment and upbringing. 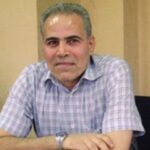 The Youth and The State: Is there a serious new political horizon in Jordan?

Politics and Society Forum Book: “The Foundations of Geopolitics: The Geopolitical Future of Russia”

Geo-technology trends to watch in MENA in the 2020

The Youth and The State: Is there a serious new political horizon in Jordan?

Politics and Society Forum Book: “The Foundations of Geopolitics: The Geopolitical Future of Russia”

Geo-technology trends to watch in MENA in the 2020